New Delhi: As per ministry of Agriculture & Farmers Welfare’s Annual Report 2017-18 India’s total geographical area is 328.7 million hectares. Out of this, the reported net sown area is 140.1 million hectares and the gross cropped area is 198.4 million hectares with a cropping intensity of 142 percent (figures as per the land use statistics 2014-15).

The net area sown works out to be 43 percent of the country’s total geographical area while the net irrigated area is 68.4 million hectares.

In the last four years, Punjab topped the chart with highest estimates of yield (total foodgrains) from 2013-14 to 2016-17 while for the same period Maharashtra stood at the bottom of the chart.

Highest estimates Of Yield – Total Foodgrains in the last four years (Kg. Per Hectare) of 5 states 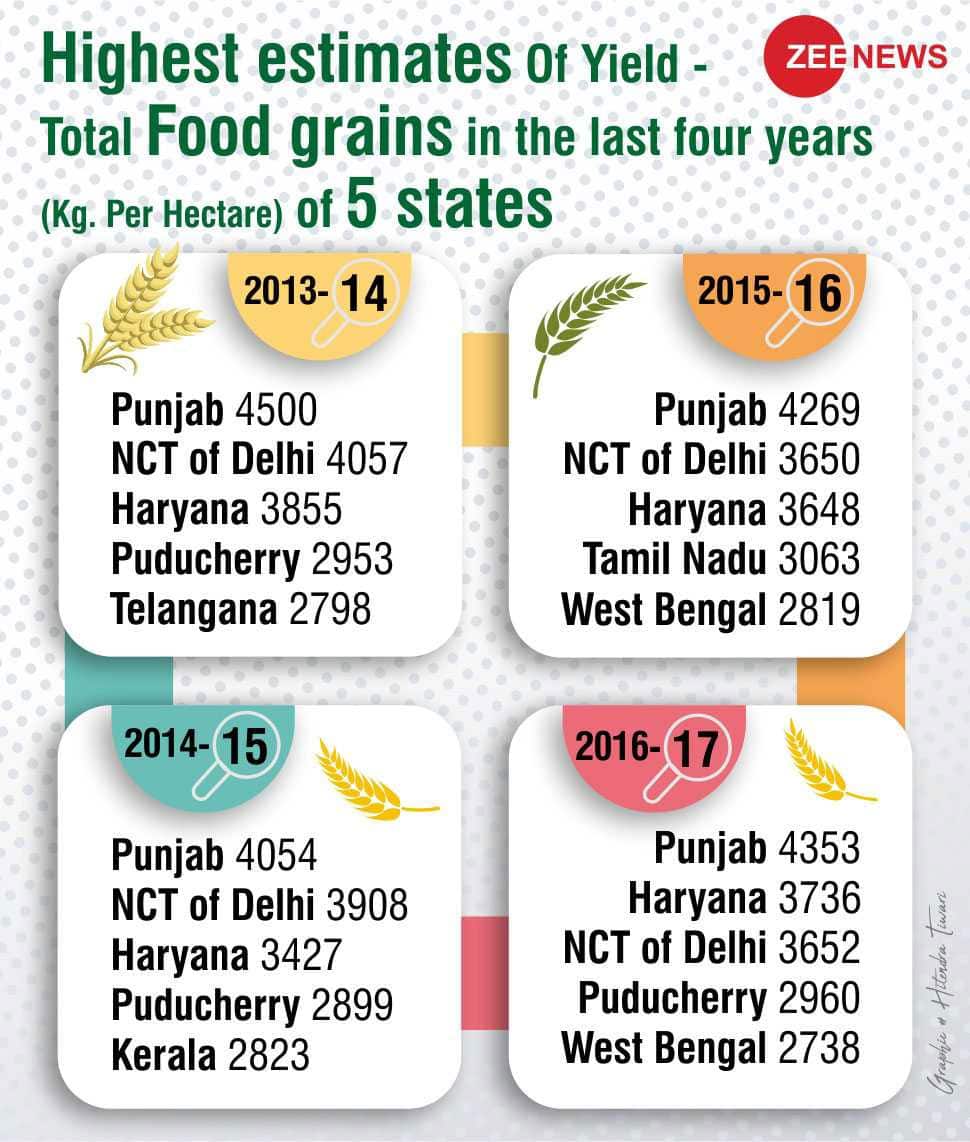 Lowest Estimates Of Yield – Total Foodgrains in the last four years (Kg. Per Hectare) of 5 states 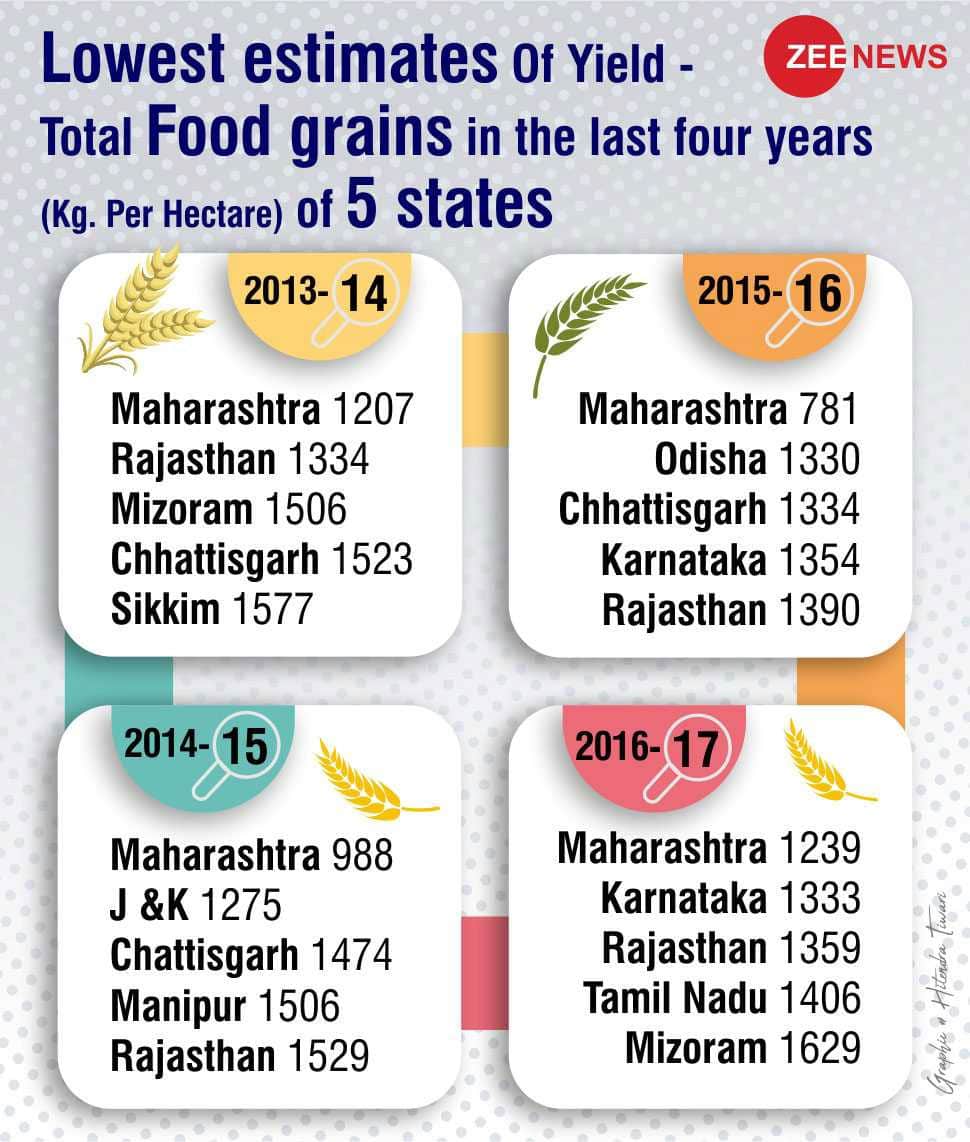 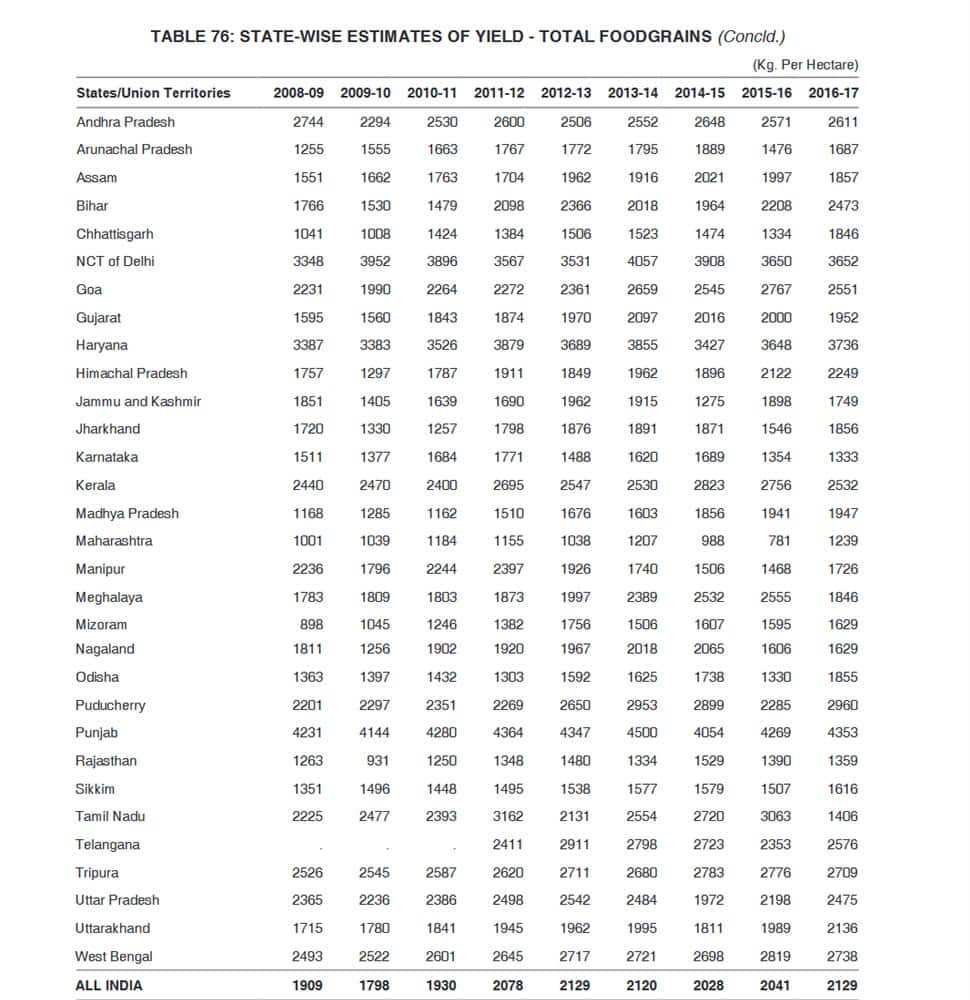