New Delhi: Rajinikanth’s starrer ‘Kaala‘, which is one of the most-awaited films of the year, is all set to release in the first week of June. Interestingly, Rajinikanth is collaborating with Nana Patekar in the film.

Rajinikanth, the protagonist, will be next in the role of a gangster whereas Nana will be seen as a baddie. On Saturday, the makers unveiled a fresh poster of the film which has upped the excitement level further.

The new poster shows Rajini and Nana’s face while the south superstar’s quirky expressions cannot be missed. Nana Patekar is sporting a grim expression that will leave the fans intrigued. 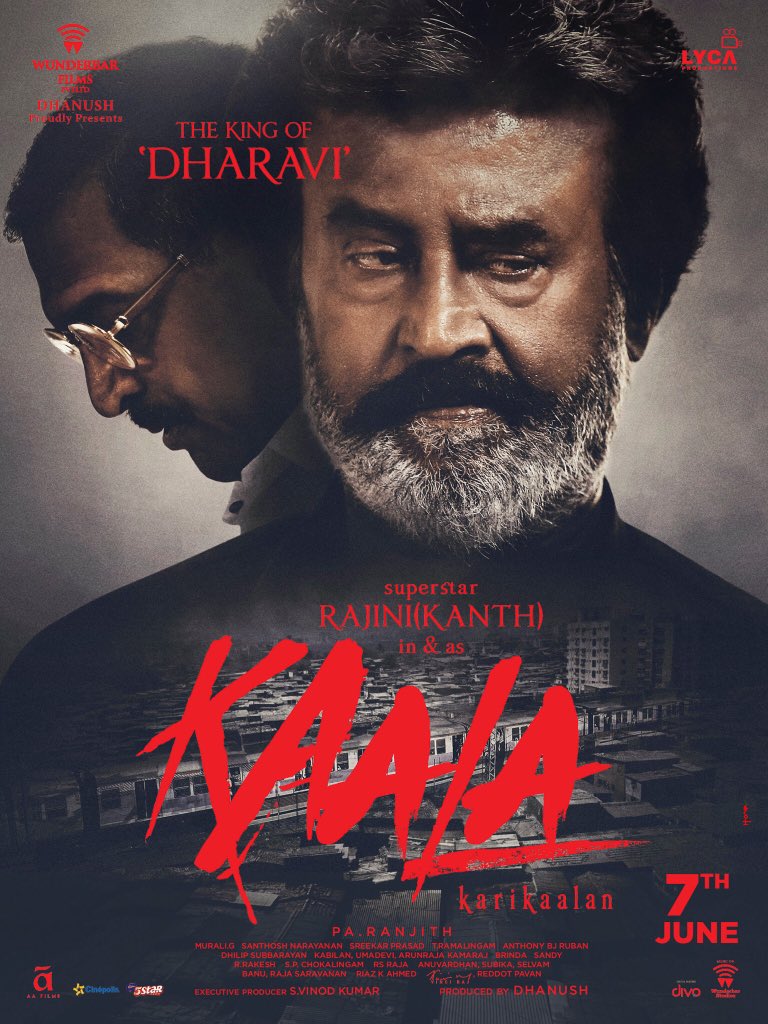 The plot of ‘Kaala’ revolves around the oppressed Tamils of Mumbai, and Rajinikanth will be reportedly playing the role of a feared and revered don.

‘Kaala’ has been produced by Rajinikanth’s son-in-law Dhanush and directed by Pa. Ranjith. This would be Ranjith’s second outing with the 67-year-old actor after their earlier gangster film, ‘Kabali,’ which released in 2016.

Apart from Nana Patekar and Rajinikanth, multi-lingual ‘Kaala‘ also features Huma Qureshi, Samudrakani and Eshwari Rao in key roles. Santosh Narayan has scored music for the film and the movie’s teaser has already hyped expectations amidst movie buffs, especially the fans of Rajinikanth.

Earlier, Dhanush had shared a poster from the film that showed the superstar sitting on a chair, petting a dog – a clear play on his name in the movie and its association of the form of the Hindu god Shiva most associated with complete annihilation, Kaal Bhairav.

Meanwhile, the Rajini-starrer is set to face a box-office clash with ‘Jurassic Park: Fallen Kingdom’, which will hit the screens across India on June 8 and Salman Khan’s ‘Race 3‘, which releases on June 15.