Editor’s note: The 20th edition of the Jio MAMI Mumbai Film Festival is finally here, and with it comes an unending list of critically acclaimed Indian and international films to watch. Firstpost will review the most promising of these films.

Surya, the lead character in Vasan Bala’s Mard Ko Dard Nahin Hota, has a penchant for telling stories. He also happens to be a closet action hero, but his real skills clearly lie in weaving tales based on his own bizarre perspective of the world. 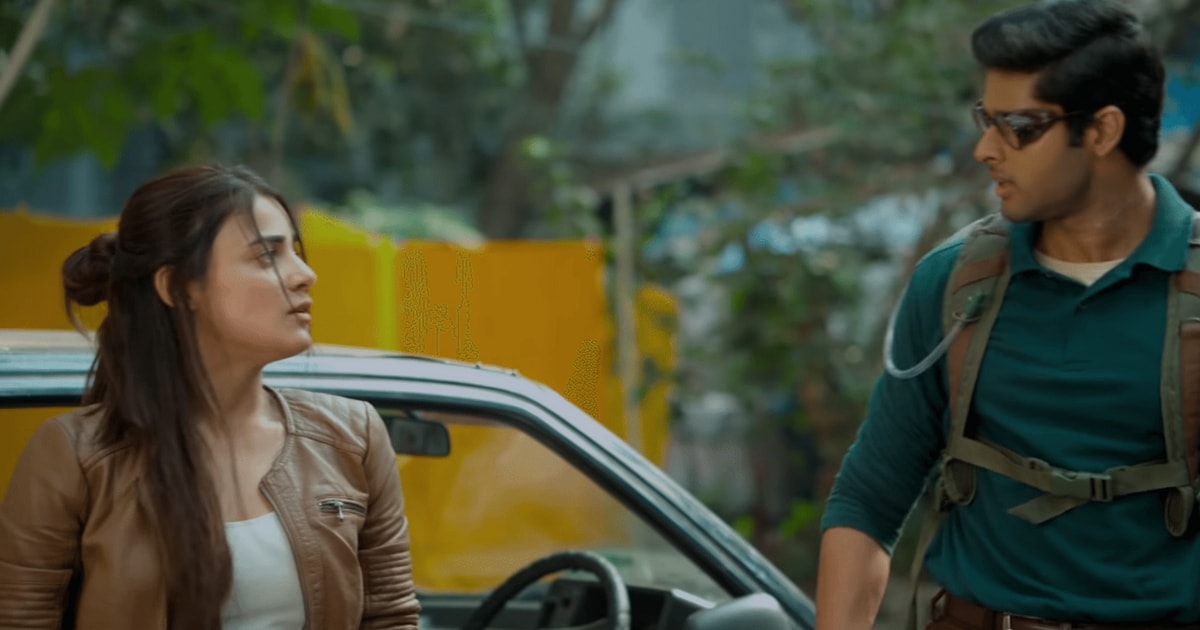 You see, Surya (Abhimanyu Dassani) suffers from ‘congenital insensitivity to pain’ – yes, he feels no pain no matter what the injury; which means he has led a (mostly) sequestered childhood, relying on his oddball grandfather and VHS tapes of martial arts movies to shape his personality.

Surya’s world is populated by goofy characters that dial up the ‘extra’ to a hundred and then some – a widowed father who is overprotective and underconfident, a feisty long-lost love, a ‘cliché psychotic villain’ that the film goes out of its way to label as such, and many more – what we get to witness is essentially an origin story.

In that sense, if it so turns out that Mard Ko Dard Nahi Hota gets a sequel, I would be far more interested in that film, than what this one eventually turned out to be – a flighty cocktail of gorgeously executed action, randomly absurd moments that prod you to laugh despite yourself, and a long drawn out wannabe-saga that is irreverent and referential, but thoroughly inconsistent in the way it has been crafted and narrated.

Make no mistake, Mard Ko Dard Nahi Hota aims to be a crowd pleaser. The action comes with no strings attached – quite literally. Indian films historically have mediocre action sequences that do not immerse you, because of how painfully fake it all seems. So this film effortlessly sets the bar as far as action is concerned.

It is in the quirky universe the film attempts to create that things often falter. Sure, there are throwaway references in there for the movie buffs – a minor character named Bridget Von Hammersmark, or a section in a rule book named THX 1138 – but they are no substitute for a tight screenplay.

There is a thin line between being clever and being too clever. The film often errs on the side of the latter. (A Kamal Haasan-Rajinikanth reference gets turned into Tom Hanks and Vin Diesel in the subtitles for the festival audiences. Go figure.)

Gulshan Devaiah, in a crackling double role, is the only actor who manages to strike the optimum level of absurdity Bala was going for, while the rest of them struggle. That is because amid all the zaniness, we have bits that are, for want of a better phrase, too real.

Take Surya’s childhood crush Supri’s (Radhika Madan) now-fiancé, for instance. It is a minor role, but you have seen this guy before. He belongs to the real world, but sticks out in the film. There are just too many inconsistent blips in this weird world we are expected to buy into.

Luckily though, the film remains watchable throughout, despite all its shaky foundation, precisely because it gives us an experience we rarely see in Indian cinema. It is stylish and cool and silly all at once, which does work in its favour as well.

Abhimanyu as Surya does not come pre-rolled with acting chops, but he occupies the screen well. He hardly gets spoken dialogue, and even when he does, you will notice sometimes the camera is not even on his face when he is speaking, presumably because of his rawness. But overall, his look suits the character of a guy who has not had enough meaningful interactions with the real world.

Radhika is a delight as Supri, another character that suffers from inconsistent treatment. Yet, she manages to make it work by sheer will and talent. Madan also sparkles in the action sequences. In many ways, this is also an origin story for her, and hence perhaps the wink-wink in the closing moments gives hope that this is only a prequel – Surya and Supri may well be coming back for more.

If Bala hammers away and chisels this madness into something greater with a sequel, his sophomore directorial effort might still amount to something of substance yet.