Ninety-one constituencies in 20 states and union territories will be going to vote in the first phase of Lok Sabha election on 11 April. The states where maximum constituencies will be voting in the phase are Andhra Pradesh and Telangana with 25 and 17 Lok Sabha seats respectively.

Here is a list of which constituencies will vote in the first phase:

The five-year term of the 16th Lok Sabha is due to expire on June 3. 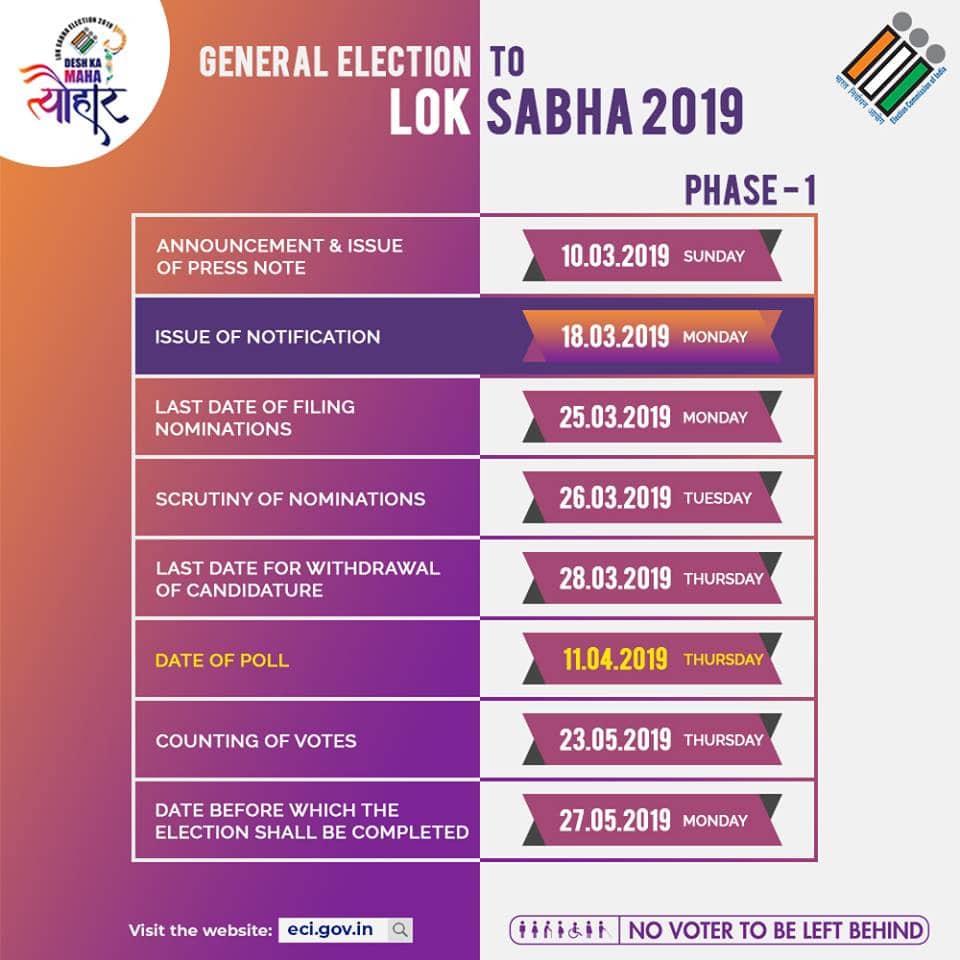