NEW DELHI: India will on Monday get a new eternal flame when Prime Minister Narendra Modi inaugurates the National War Memorial in the national capital. India’s first national memorial post Independence will be dedicated to the soldiers who made the supreme sacrifice since 1947. Spread over 40 acres in the India Gate complex behind the canopy, the National War Memorial, is dedicated to soldiers killed during the Indo-China War in 1962, Indo-Pak Wars in 1947, 1965 and 1971, Indian Peace Keeping Force Operations in Sri Lanka and in the Kargil Conflict in 1999, and also those in the UN peacekeeping missions. The names of 25,942 battle casualties have been inscribed across 16 walls at the national memorial.

समर स्मारक/#NationalWarMemorial . The National War Memorial will be dedicated to the Armed Forces by the Prime Minister of India on behalf of the Nation on 25 Feb 19. This Memorial symbolises the victory and valour of our gallant heroes in safeguarding the honour of our country. pic.twitter.com/kDhcNkZhXC

Chief of Integrated Defence Staff Lt Gen PS Rajeshwar said there will be a wreath-laying retreat ceremony held every evening at the new memorial where people can join in. The monument can accommodate a footfall of about 250 people at a time. The complex is partly subterranean since according to rules the architecture should be such that it should not disturb nearby vistas. It is interesting to know that 22 trees were removed to develop the area for which 715 trees were planted. 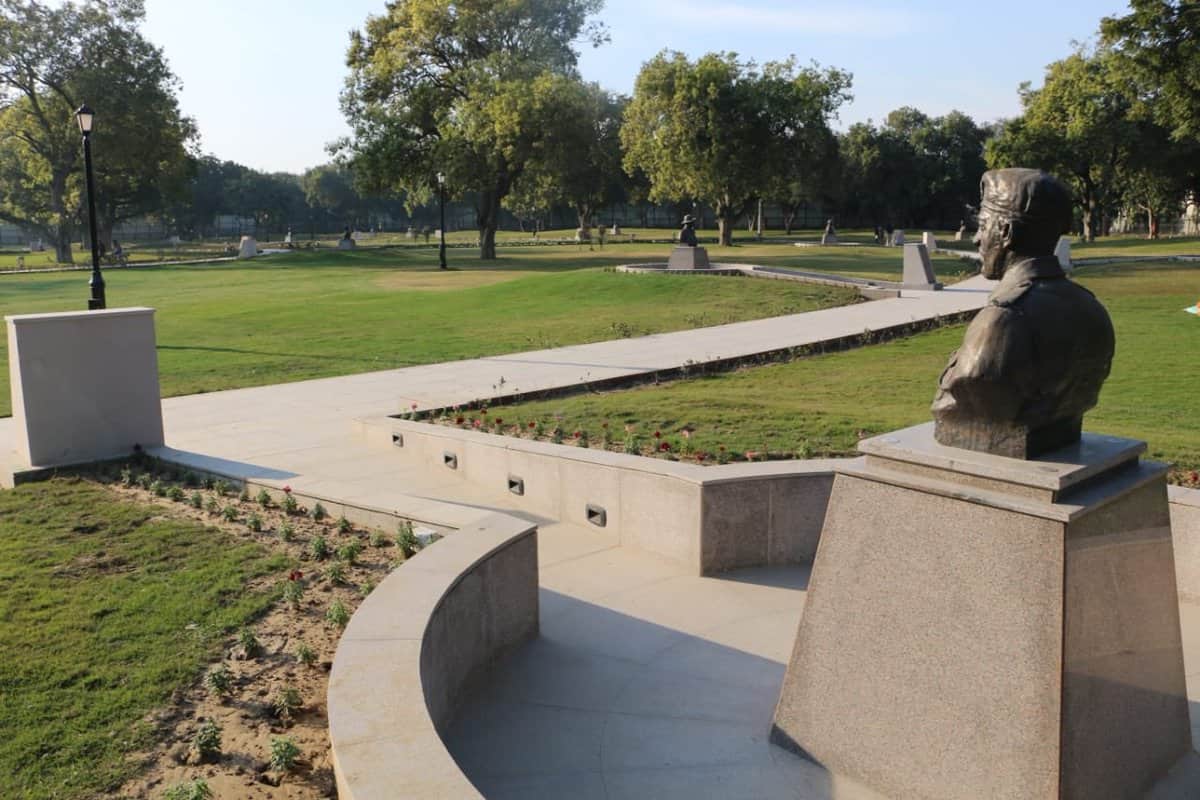 A brick with a name
The Tyag and Rakshak chakra are made up of 16 walls with granite bricks. Each brick has a name of a soldier, his ID, regiment and rank. Through a mobile application that will be made available, one can type the name of the solider and find the location of the brick. A provision also exists by which new names can be added. For this periodically names will be compiled. 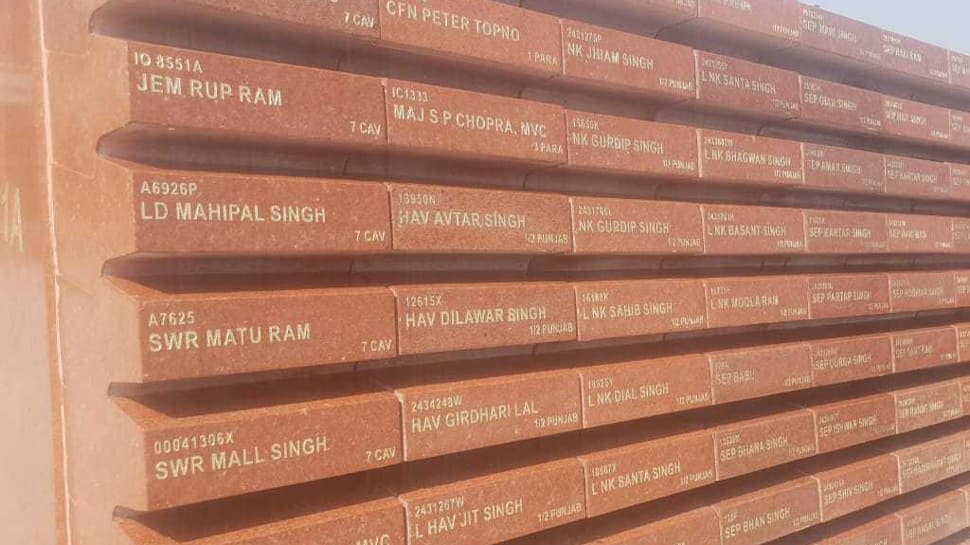 A daily retreat ceremony
The memorial will also have a retreat ceremony daily, which is expected to become a major attraction. A change of guard will take place every Sunday at 9.50 am with a ceremonial wreath laying to commemorate the important days. Its gates will be thrown open daily between 9 am to 7.30 pm in summers and from 9 am to 6.30 pm in winters. 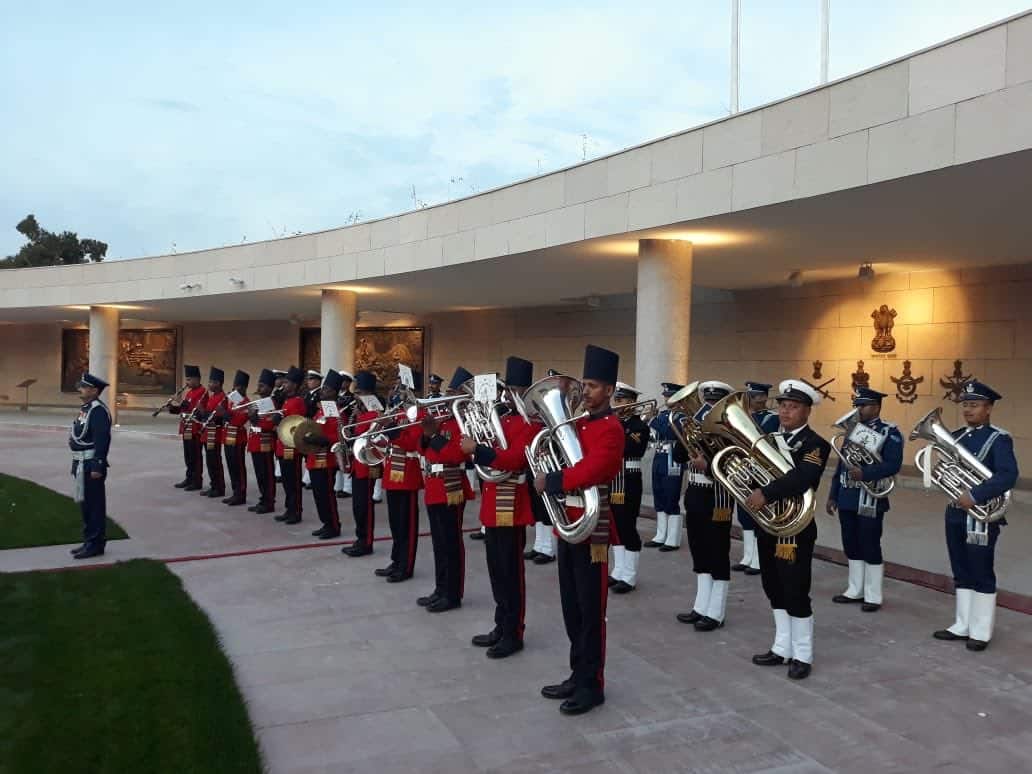 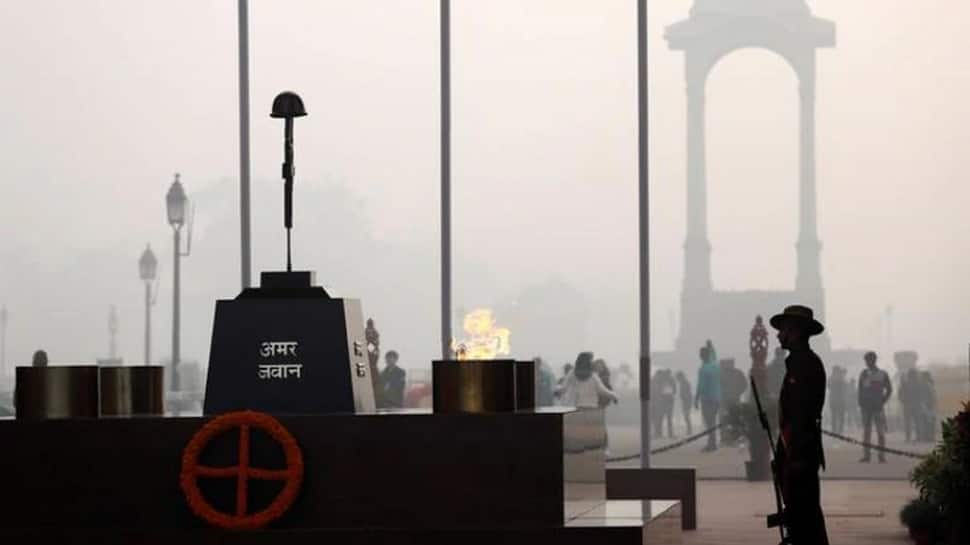 Amar Jawan Jyoti is a memorial symbolised by an inverted bayonet and soldier’s helmet over it with an eternal flame burning beside it. It was built in 1972 underneath the India Gate arch to commemorate soldiers martyred in the Indo-Pak War of 1971.