The Google Doodle on Wednesday welcomed the spring equinox (also known as vernal equinox), a celestial event marking the beginning of spring in several cultures across the world.

On this day – the equinox – the earth’s axis is perpendicular to the sun. In other words, the center of the visible Sun is directly above the equator, making the hours of day and night of equal length – 12 hours.

“The term comes from the Latin equi, meaning equal, and nox, meaning night. The earth has seasons because the planet is tilted on its axis, which results in each hemisphere receiving more direct light at opposite times of the year. But on the equinox, the earth’s axis is perpendicular to the sun. In other words, people all over the world experience a day and night of equal length — almost exactly 12 hours,” wrote Google.

The equinox happens twice every year: around March 20 and September 23.

“This year’s seasonal Doodle series protagonist, Quinn, is strumming a pleasant tune to coax a mysterious creature out of hiding. With a mild breeze and beautiful flowers, would it be, could it be, spring?” writes Google.

Doodle has been created by Sophie Diao, an illustration and visual development who works with Google.

Early concepts and drafts of the Doodle below 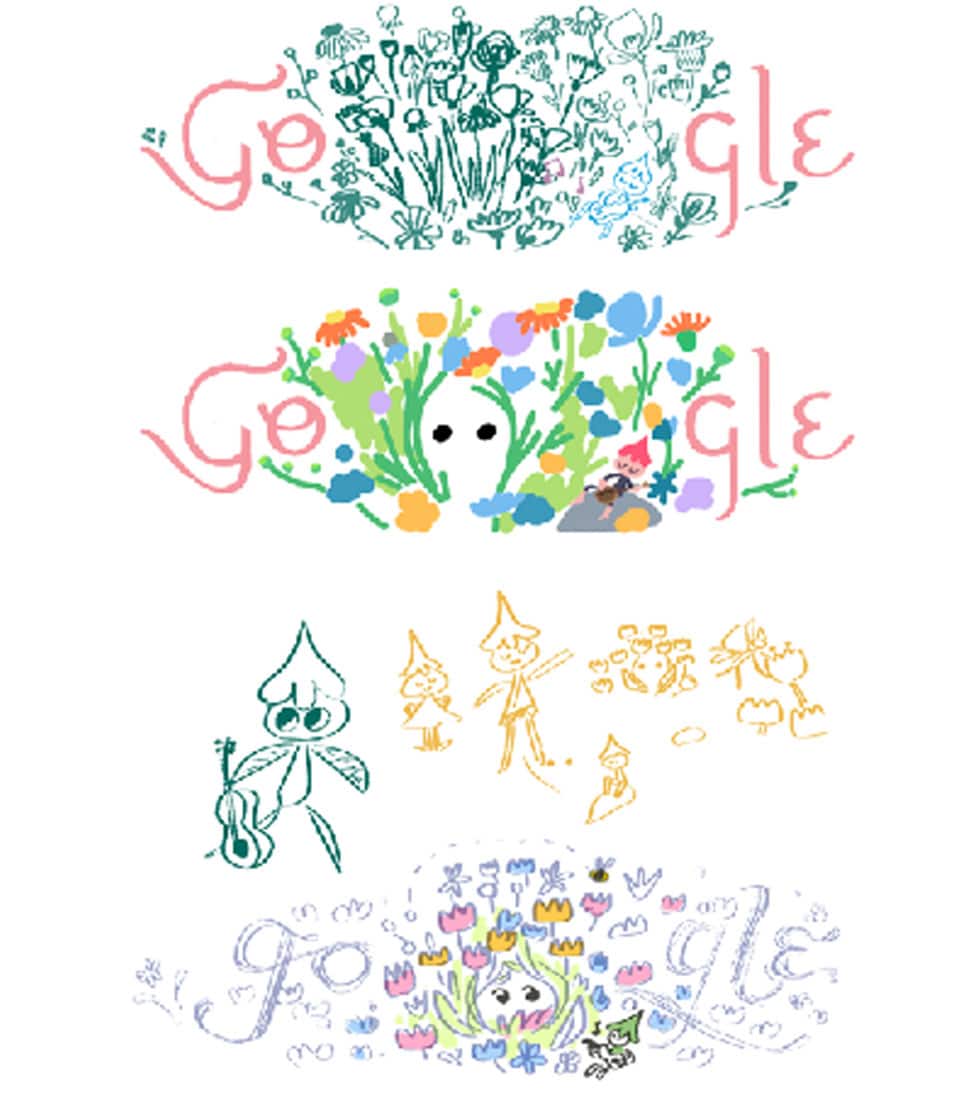